Nutley music is part of who Vincent Vicchiariello is. Not only did he attend Nutley schools as a child, but he has taught at the elementary, middle school and now Nutley High School. So, it’s not surprising that he calls the Nutley band program a family. “When I took over as director at the high school, I made it a point to let the students know that we are all there for each other no matter what,” he said. “We have instilled a culture in our students that they follow, believe in and teach to the new students. They help and care for one another on/off the football field, in/out of the classroom or in/out of the band hallway.”

While parents and students are proud of the many awards that the Nutley band has received under Vicchiariello’s leadership, they are more appreciative of how he has built a community within his music program. In several “40 Under 40” nomination letters, students called him “a role model” and “my rock,” and that “he has taught us the importance of hard work and continuously emphasizes to never give less than our best.” A parent was succinct in his praise of Vicchiariello: “He connects to the kids like no other. Grounded. Has their best interest at heart. One of a kind.” 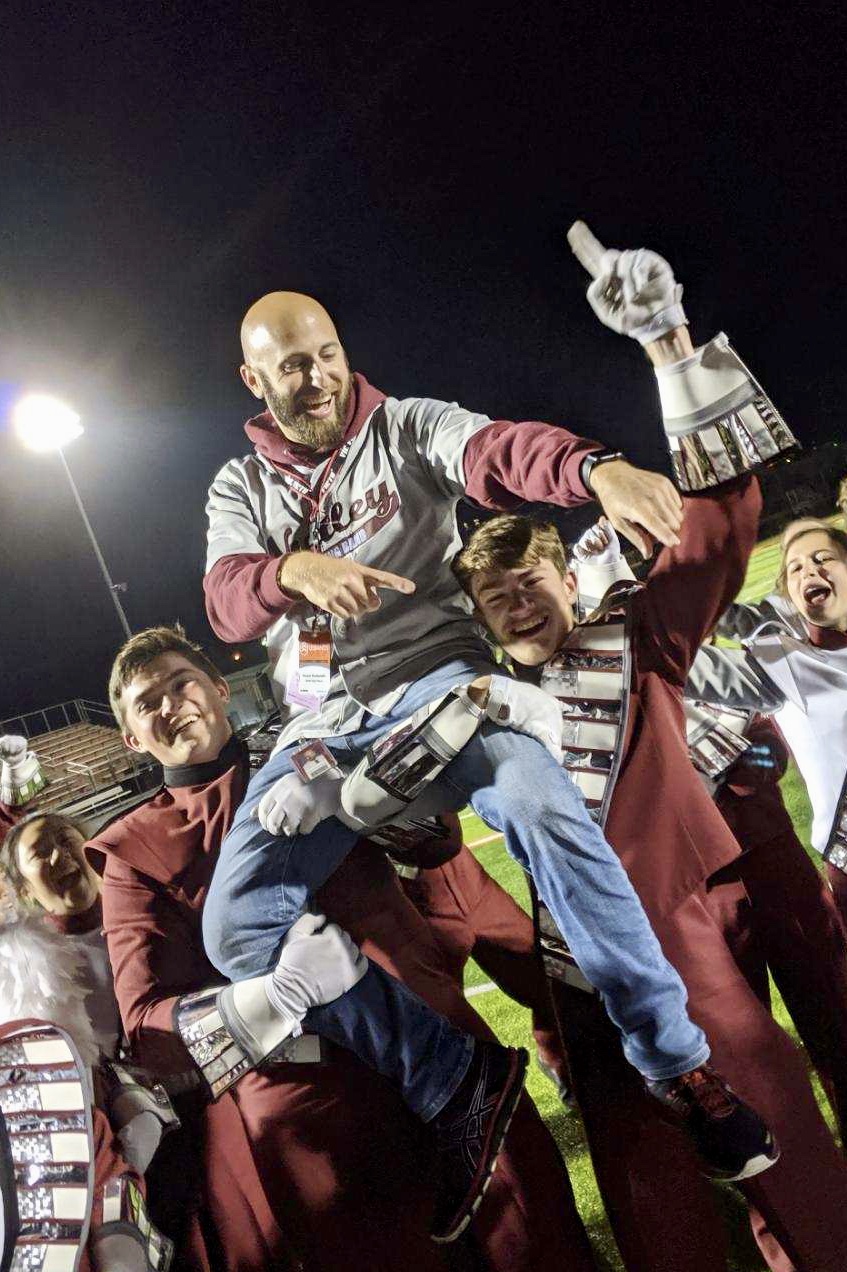